12 Highlights to Explore in Vienna

Being in Vienna, makes you feel like you are surrounded with elegance and class. I mean, everything exuberates refinement with operas, symphonies, Mozart, fancy horse trotting stuff, and hotels that have a special cake named after it.

This was our second visit to Vienna. The first was back in 2014 on our very first trip to Europe. It was nice to revisit some of the same places and get a better understanding of Vienna that second time around. We also visited Bratislava, and Budapest in the same trip because they are all in close proximity to each other.

Vienna is the capital of Austria. Once home to Mozart, Chopin and Beethoven… it’s clear why the city gets the nickname City of Music. It was also home to Sigmund Freud.

Vienna ranks pretty high on quality of living, and it’s not the cheapest of the Central/Eastern European destinations. We noticed a significant difference from buying food in Vienna compared to prices in Bratislava, Slovakia. And if you look at a map, these two capital cities are extremely close to each other.

This visit we had to Vienna was about one day and a half. We stayed in an Airbnb with a whole flat to ourselves. Here are some highlights of what can be seen on this short amount of time!

This is a market which is really long with so many foods and restaurants. It’s fun to just stroll down and have a look at everything (and eat free samples!) 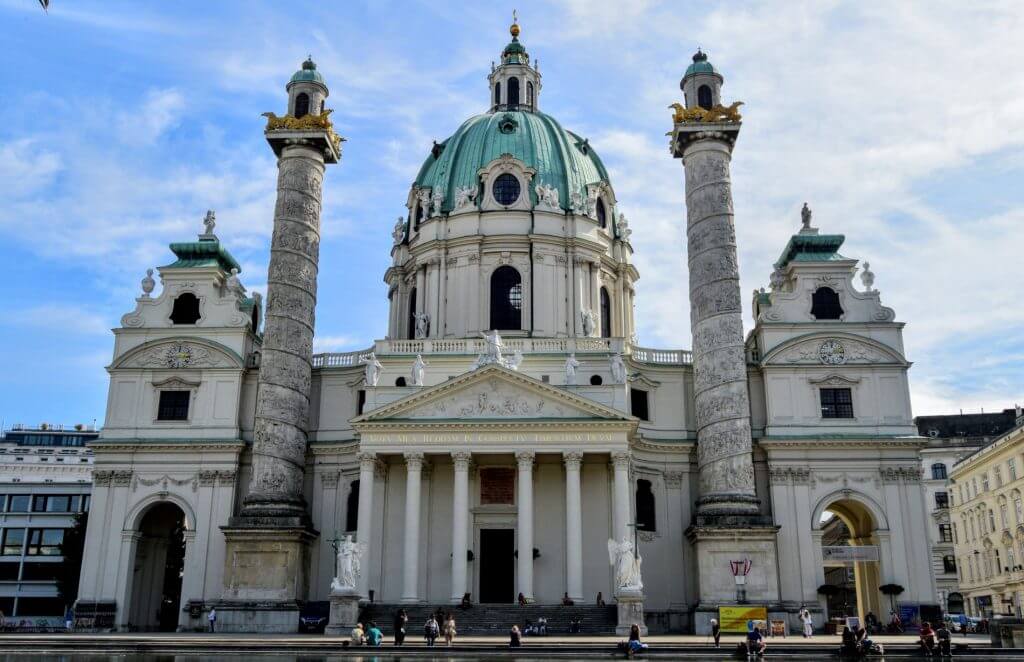 One of the famous churches in Vienna. The free standing columns with the twisting murals all the way down were impressive. 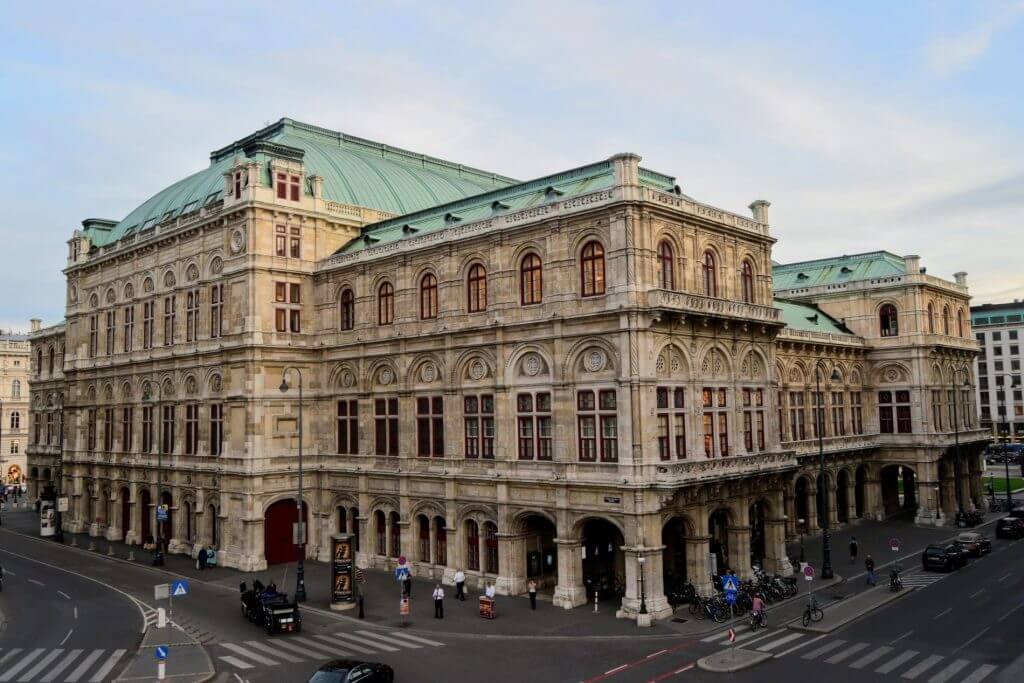 Like most of the buildings in Vienna, this is a large one. It still holds performances everyday. There are really cheap standing tickets that are sold at a certain time for same day performances. 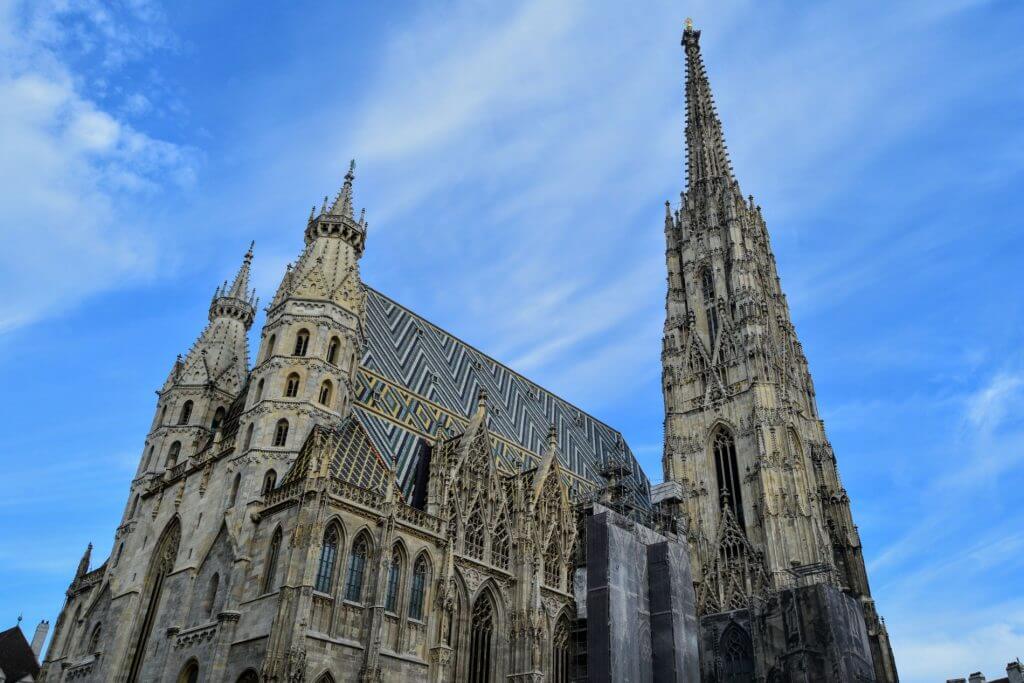 This Cathedral is Roman Catholic, free to go inside, and a major part of the skyline. The roof is so beautiful covered in glazed tiles. Tours of the catacombs inside are available. 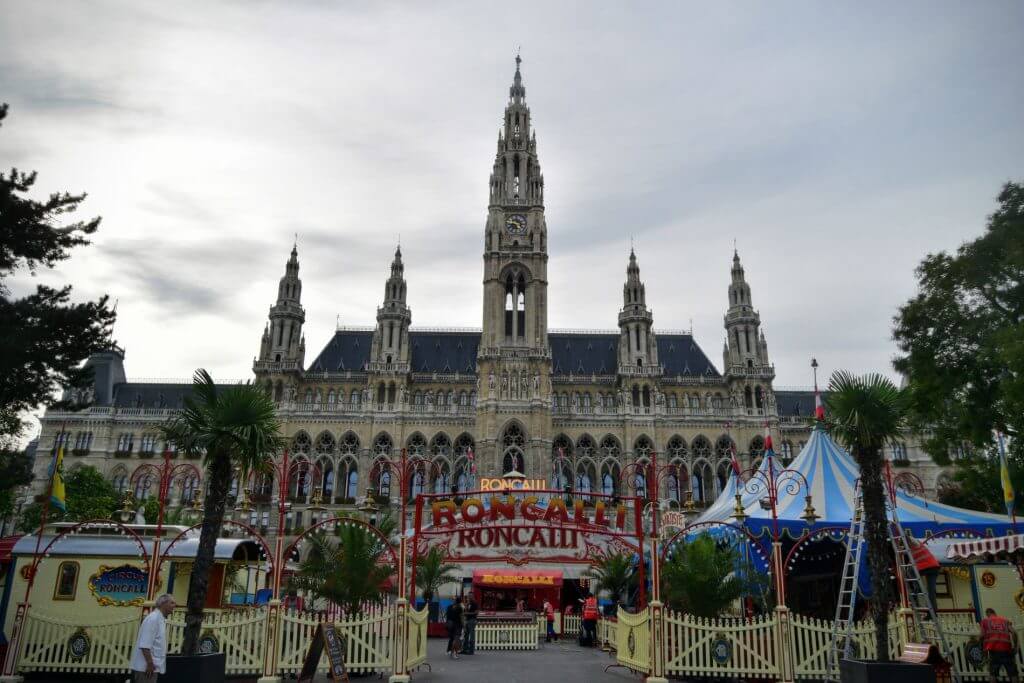 The seat of government for Vienna. The building has a total of 7 towers and was built with a Gothic style. As you can see, when we visited there was a circus going on in front of the building. 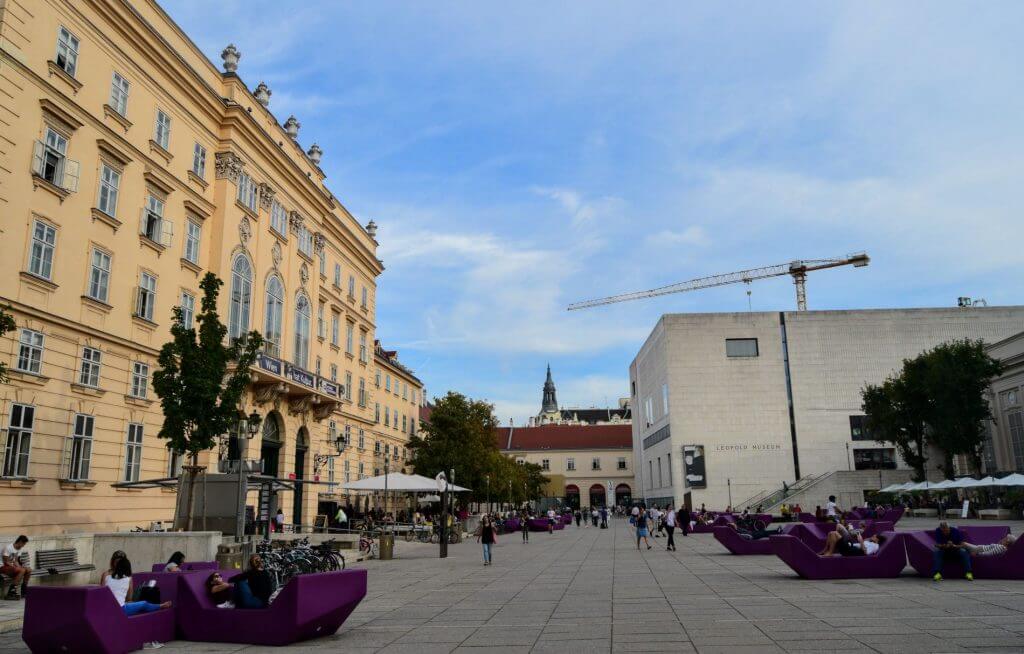 This is a cool place to go through. It has loads of museums and studios for contemporary art around, places to sit out and chill with cool chairs and places to eat or drink. Events are even held in the winter here.

This palace was once the summer home of the rulers of Vienna. It is open to the public. You can tour inside with a ticket. The gardens around the palace are magnificent and can be walked around for free. At the back in the palace, walk up the big hill for a beautiful view.

Originally built as a Baroque style summer residence for a prince, now it holds the Belvedere Museum of Austrian art. 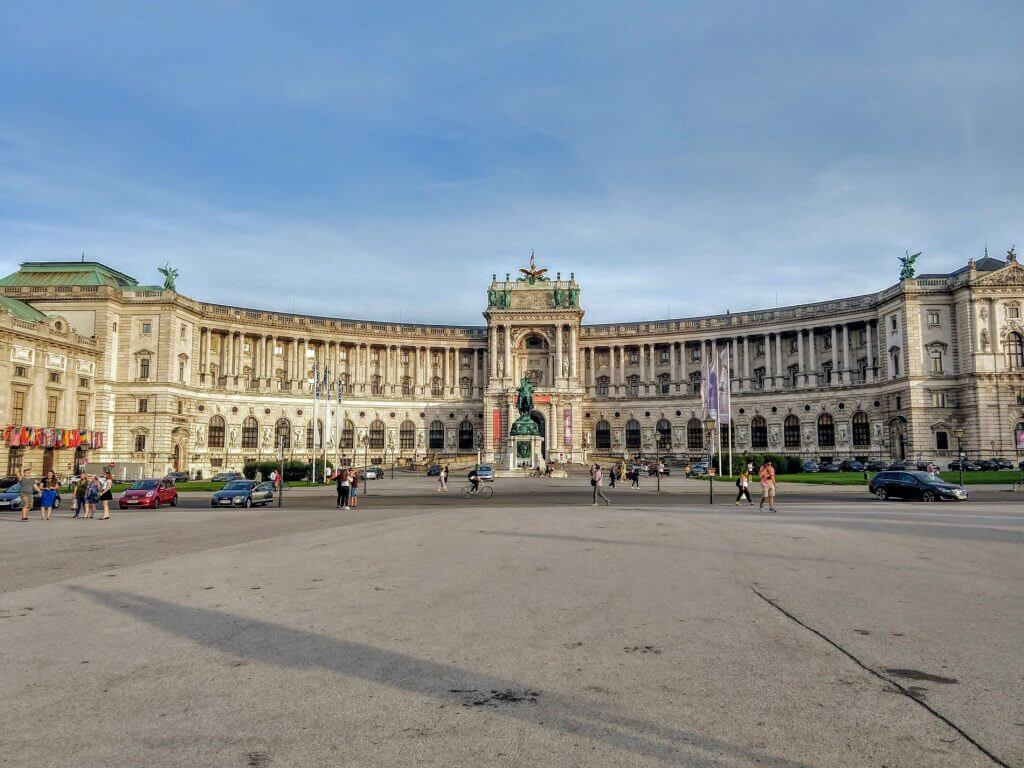 This palace was the previous home of a dynasty, but today its the home and workplace of the Austrian president. Of interest is the Imperial Treasury Vienna, which holds the imperial crown, among years history of other objects.

Also is the famous Spanish Riding School. This is a major tourist attraction for Vienna. It’s a place you can see a particular breed of horses performing to music. Once a thing only for people of the court in older days, until they opened it up to the public at a later time. For a cheaper price, you can book to see the morning training sessions.

A public square in the Old Town, literally connected to the Spanish Riding School and Hofburg Palace. Lookout for the remains of a Roman wall! 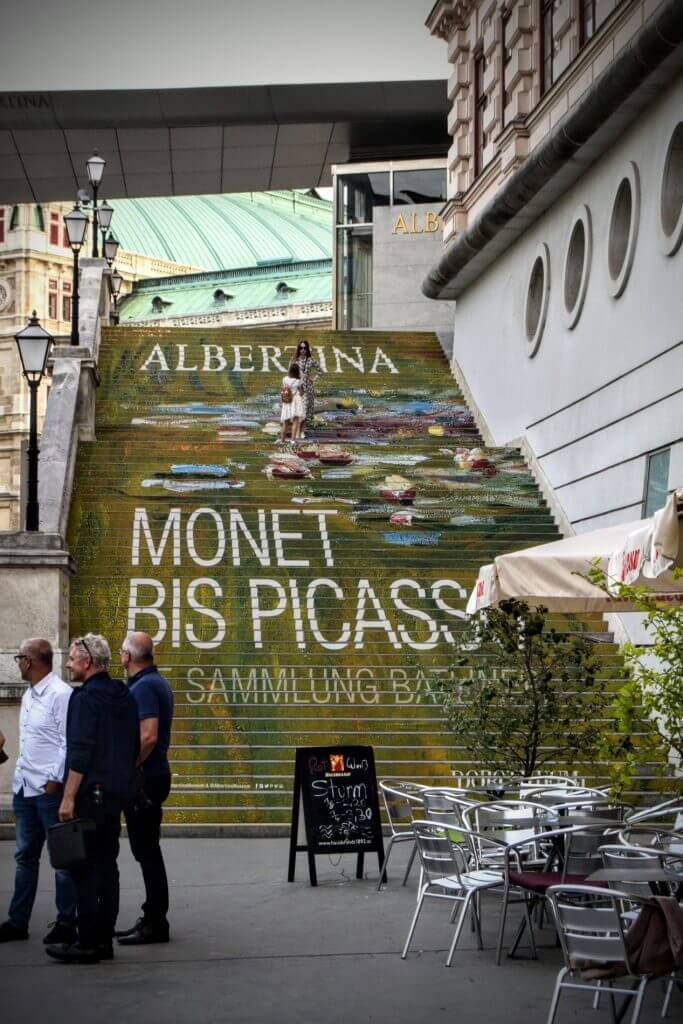 This is an art museum, if you are into that. Take the steps to go up top for a nice view.

Some things Vienna is famous for: apple strudel, schnitzel, and a special chocolate cake, called sachertorte. Viennese coffee is a pretty girly drink with a bunch of whipped cream on top.

For local food, definitely try the Wien schnitzel (traditionally veal, but can be pork, chicken or beef). It’s a piece of meat that has been spread out flat, breaded and fried. Wein actually means Vienna in German. Austrians speak German.

Another dish is the apple strudel, which we tried in a couple different cafes.

For the fancy cake with the hotel named after it, that would be the Sachertorte. This is a special type of chocolate cake with an apricot jam layer. You can check out Hotel Sacher and sit in for some cake and coffee!

I was really glad we could revisit Vienna again, or any place for that matter. I’d love to go back again to see the Christmas markets.  I really would like to explore more of Austria besides just the capital.

If you are planning a trip, it’s a good idea to book travel insurance. We have always used World Nomads.

Do you have any tips on Vienna? Please share yours!