On my birthday this year, we took a plane to Krakow, Poland…how exciting! Airports and traveling are pretty exhausting, actually. We had a reason to go because of a friend’s wedding we attended. It was a great time. We actually had 4 full days here (6 days with traveling there and back), but some of this time was spent with wedding festivities and meeting up with friends.

To save money, since August is not the cheapest time of year to travel, we flew with a budget airline called Wizz Air to Katowice, and took a Flixbus to Krakow from there. We had all intentions of getting a rental car actually, which we already had reserved, but then we found out that you need an international driver’s license…which Marvin did not have. They would have let us rent it anyway with an extra fee of about $500 to cover the car, but we said forget that. We used public transport instead, and Uber was our best friend because of the price too. Flixbus is also amazing.

So I have prepared a way to spend 3 days around Krakow, which includes 3 activities outside of the city. For a full day in Krakow, check out it out here.

It doesn’t really matter in which order you do these activities really, but here’s what we did.

Most people might do these as separate days trips honestly, but we did it in one. I tried to be strategic by booking the earliest possible time for the salt mine, and the latest tour for Auschwitz, which gave us plenty of time. 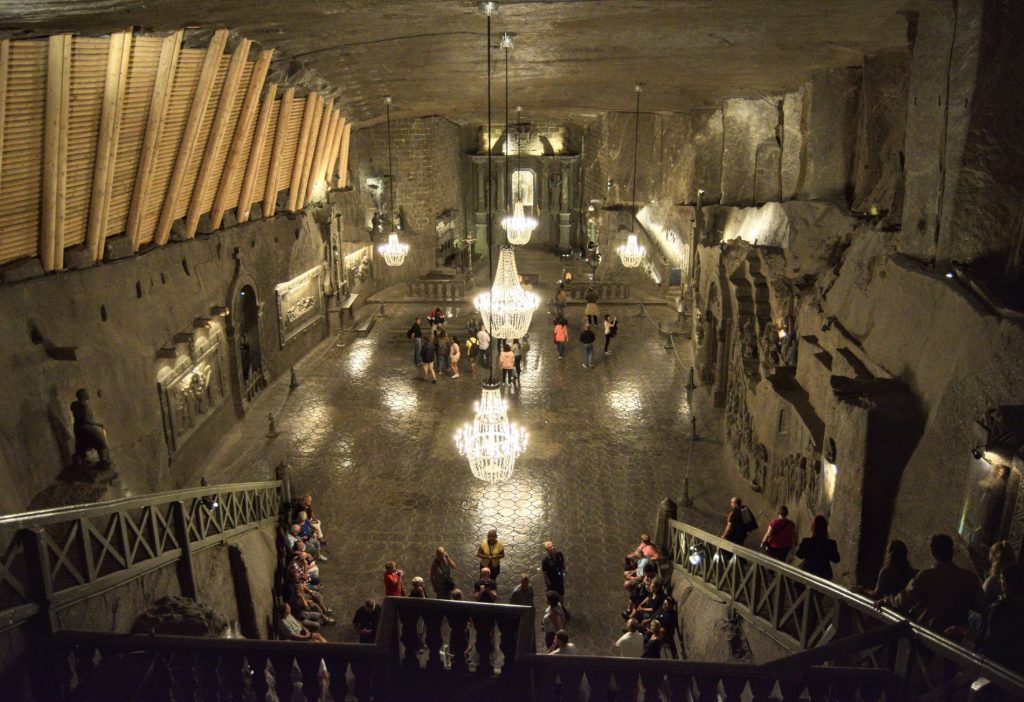 Top view from the balcony of the St. Kinga Chapel.

I didn’t even know salt mines existed until we visited here, but it’s amazing. We had booked an English tour for 8:30 AM for this place which is about 20 minutes by car outside of Krakow, but Wieliczka town is still considered within the metropolitan area. The tour lasts about 90 minutes.

This salt mine is one of the largest attractions in Poland and is on the UNESCO World Heritage List. First started in the 13th century, the salt was considered “white gold” because of how valuable it was. You get to go underground up to 130 meters (about 426 feet), and what is so amazing are all the salt sculptures, monuments and chapels that are under there! The most magnificent chamber was the Chapel of St. Kinga which can even be used for events and weddings where up to 400 people can fit! Pictures don’t even do this place justice, it’s just unreal, go visit!! 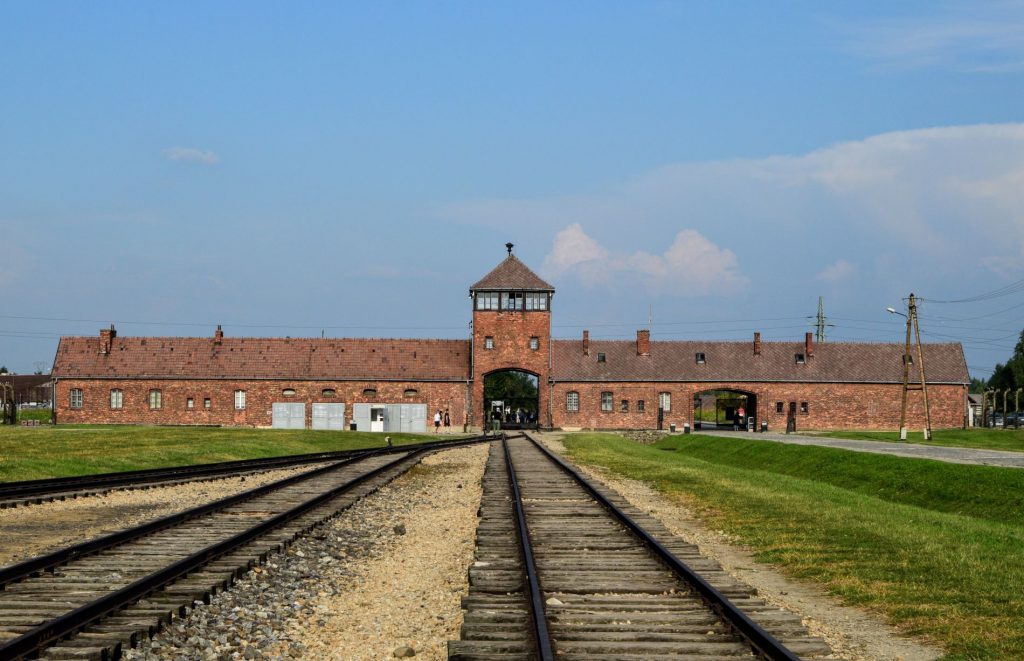 Railroad tracks that go straight through the gate of Birkenau (Auschwitz II) camp. Photo is from inside the camp.

This was an emotionally disturbing visit, but a place we didn’t want to miss. We got a bus from the center of Krakow and it’s about 1.5 hour ride, but drops you off right at the museum. Our tour began at 3:30 PM. The museum grounds are free but it’s highly recommended to book a guided tour in your language ahead of time. The tour lasts about 3.5 hours with a short bus ride to the Birkenau (Auschwitz II) part as well.

This place was a concentration AND death camp that operated between 1940-1945. A concentration camp is where prisoners who were strong enough to work were registered to do forced labor, but quickly became weak and starved. A death camp is upon arrival, they were immediately murdered. About 1.3 million people came to Auschwitz, and 1.1 million of them died. Most of these were Jews. Walking through the buildings of the sleeping barracks and seeing the remains of the gas chambers were heartbreaking.

It’s definitely a memorial/museum everyone should visit at least once in their lifetime. We can learn from the history to help make a better future. If visiting Krakow, it’s almost an obligatory place to visit due to its proximity to Krakow. I’m planning on writing a separate, more in-depth post of our visit here, when I have the courage to do it.

You can see a lot and walk to many places in Krakow city center. Of course the Main Square (Europe has lots of old squares) is wonderful, and is the largest medieval square in Europe. Like the salt mine, this place is also on the UNESCO World Heritage sites.

Wawel Hill has everything you can imagine with a castle, cathedral and dragon den, so that is hands down pretty cool. Don’t forget the Jewish Quarter called Kazimierz either. For more on a day in Krakow, don’t forget to check out that out here. 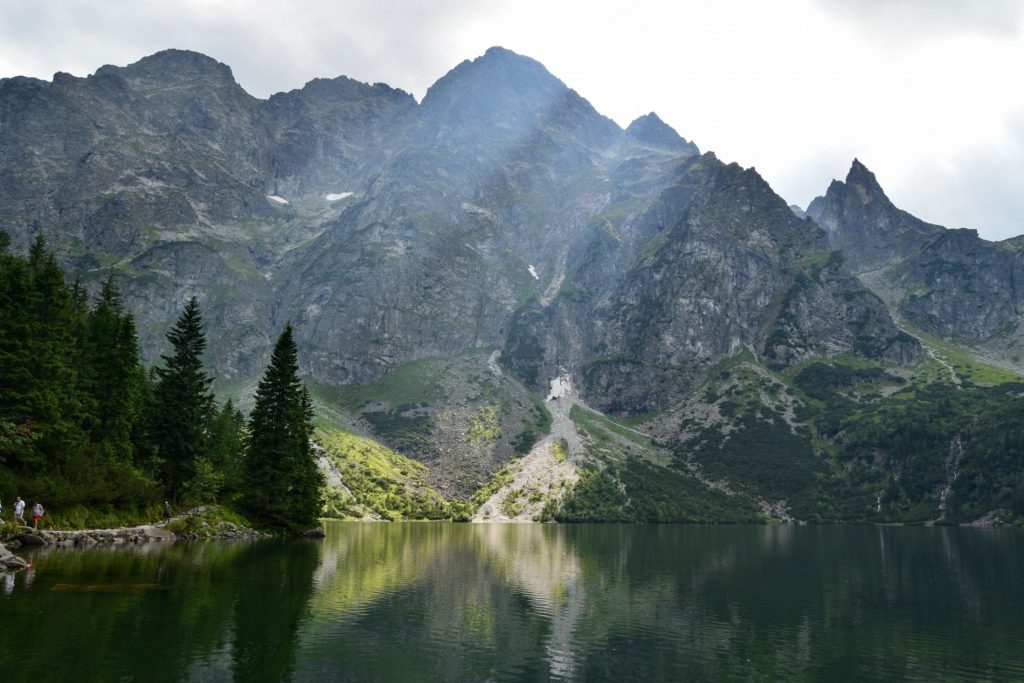 Now this is a FULL day trip. It could be better to spend the night in Zakopane, to have an extra day here because the journey by bus is anywhere from 2.5-3.5 hours. The hike to the lake is 2 hours also, but it can be shortened by taking a horse-drawn carriage. The lake is in the Tatra National Park, and is just a lovely place to visit. Check out our full day trip here!!

Our time spent exploring was tiring, but we really experienced a lot. What are your thoughts on Poland or Krakow? How would you spend 3 days in Krakow? Comment and let us know!