London is a magnificent city. It has quickly become our favorite city without question. You can just never stop running out of areas to explore, museums to see, monuments to discover, or events happening year round. It’s a city of old and new. One minute you are walking past the Tower of London castle and next you are looking up a modern skyscraper. It’s marvelous.

Each time we go into London, we try to hit a different area to really dive into what it has to offer. We are so fortunate that we can hop on a train and be in the city center in 30-45 minutes.

Some of my family came to visit recently and we put together a 3 day itinerary for London. To check out some of our traveling bloopers from their trip, check them out here! I hope you will find this itinerary useful! London is so huge that it’s impossible to see everything. Here are a couple of highlights though! We started out in the West End, then worked our way east each day.

This is that ginormous ferris wheel that is in London on the Southbank of the River Thames. Technically it’s not a ferris wheel, but the world’s tallest “cantilevered observation wheel”. It’s the most visited paid attraction, and it gives awesome views all around. There are 32 capsules that represent each of London’s 32 boroughs, and each capsule holds up to 25 people. You can walk around while you are in there too.

This market is close to the London Eye and a great place for street food. Do note that this market is only open Friday-Sunday though. You can find food from Europe, Africa, Asia and the Americas, and don’t forget to get some of the desserts. 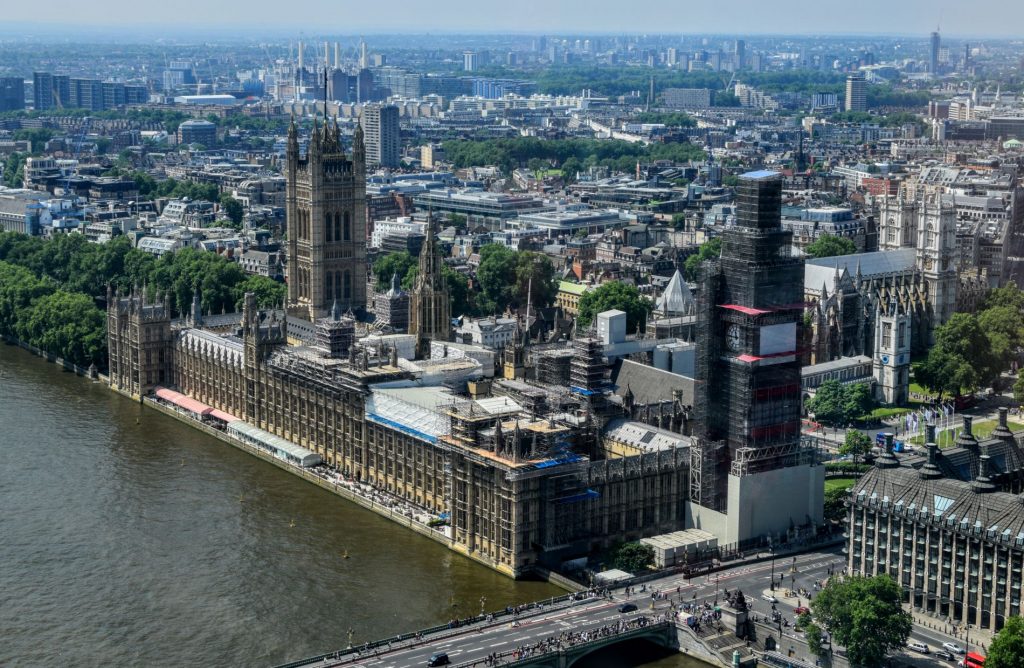 View from the London Eye

Take a stroll across the Westminster bridge to get lovely views of Big Ben and Parliament. (Unfortunately Big Ben is under construction for the next few years.) The name Big Ben is actually the name of only the bell in the tower. The tower is called Elizabeth Tower for a fun fact. Just a stone’s throw away from Big Ben is Westminster Abbey, the church of the royal coronations.

Official royal residence. If you catch it right, here is where the changing of the guards takes place. After, you can have a break and a snack in St. James Park right next to the palace.

All of these regions are close to each other on the map. This is a lively area. Piccadilly Circus is NYC’s Times Square. End the day with fish and chips at Ben’s Fish and Chips shop.

The tall, oddly-shaped, pointy 95-storey skyscraper. There is a paid observation tower on the 72nd floor if you so desire. The Shard is right on top of the London Bridge train station which is where we started our second day.

The oldest food market in London with over 100 stalls in Southwark. It’s impossible to pin down an exact date but the market sets it from the year 1014. It’s just a short walk from the Shard. We had some grub for lunch here…pie and mash! 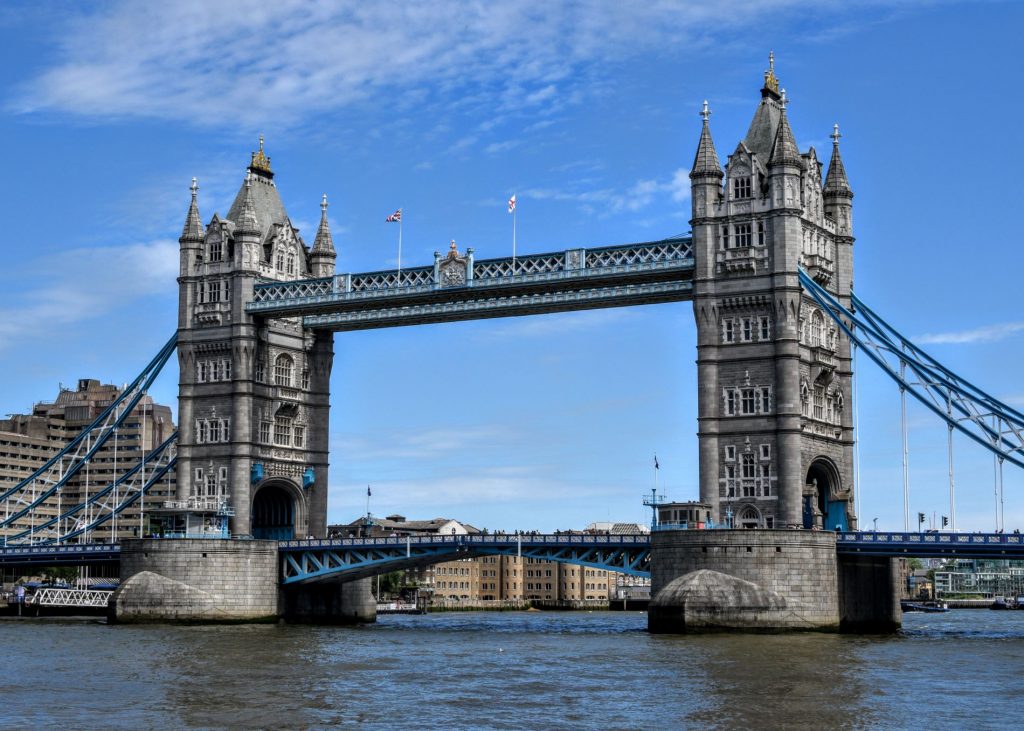 Walk along the south bank of the river east until you get to the iconic Tower Bridge. Most people mistake this bridge for London Bridge, but that bridge is just a normal looking one honestly. Paying visitors can walk across the top and look down upon a glass floor which we’ve done on a previous trip with the London Pass. Alternatively, you can still walk across the bottom part with a beautiful view for free. 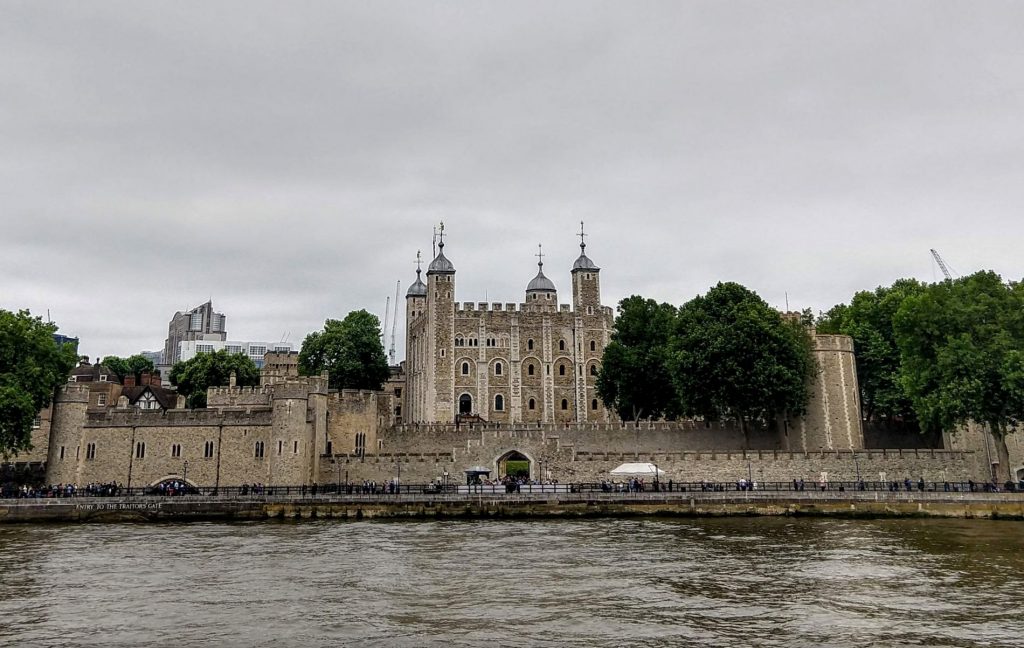 A historic castle, it has been used for many purposes. It is worth going on a tour if you have time. It’s the location of the crown jewels and location where one of King Henry VIII’s wives, Anne Boleyn, was beheaded. Next is your chance to ride a double decker red bus to St. Paul’s cathedral.

A domed cathedral that has gone under a few reconstructions, especially after the Great Fire of 1666, and the cathedral managed to survive the WWII blitz bombings. You can go up top the dome for a price as well. We haven’t done that yet though.

There is nothing more special than taking a boat ride down the River Thames! We chose the City Cruises line with a hop on hop off type ticket. We got on at the Westminster Pier and rode it to the last stop east to Greenwich Pier. You pass by all the river sights and even under the Tower Bridge. 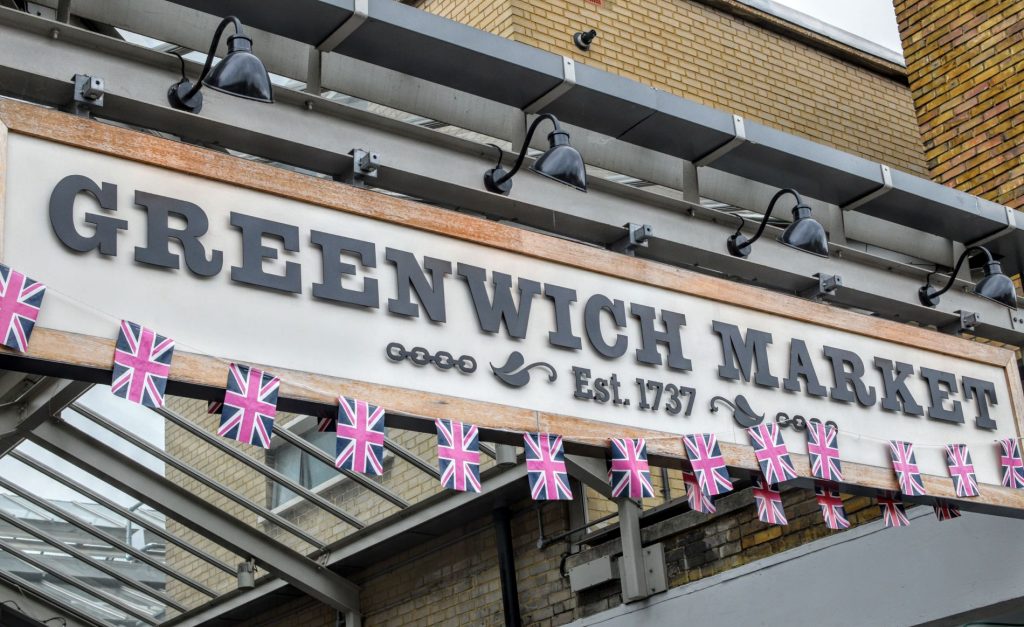 A cute little market with food and trinkets where we had lunch. This market is on the way up to the Royal Observatory.

The location of the prime meridian, 0-degree longitude was established here. It’s where time as we know it officially started! Ever wondered what GMT stood for? Greenwich Mean Time. You can have a picture taken straddling the meridian line. The museum sits on a hill and gives a view of London, you don’t want to miss. We had afternoon tea at a cafe to end our time in Greenwich.

A huge department store on the famous Oxford street. It’s the second largest department store in the UK, after Harrod’s which is also in London. I love the history of Selfridges though because it changed shopping in the UK into a joyful experience. Going shopping used to mean you went specifically to a store to purchase want you went for, there was no such thing as browsing or window shopping. The store was founded in 1909 by an American, Harry Selfridge. I first heard about this place after watching the series Mr. Selfridge… really good show!

We actually went back to Chinatown and got this dessert called Bubblewrap Waffle!

This was a busy 3 days for us, and as you may have noticed, did not include most of London! London also has some magnificent museums which many are free. Our favorites are the National History Museum, Science Museum, and the Museum of London.

What are your favorite highlights of London? What’s something you could not miss on a trip to London?