A Half Day Trip to Antwerp, Belgium

Three days in Belgium is a good amount of time to experience a few cities and try Belgian food. Our last full day in Belgium, we took a train in the morning to Antwerp and returned to Brussels by the afternoon. We are glad we went to this city as part of our Belgium tour.

We didn’t get too early of a start because we were tired from getting back from Ghent and Bruges the night before. We caught the train to Antwerp at 10:45AM. It took about 45 minutes to arrive.

Here are the sights we enjoyed while exploring around Antwerp! 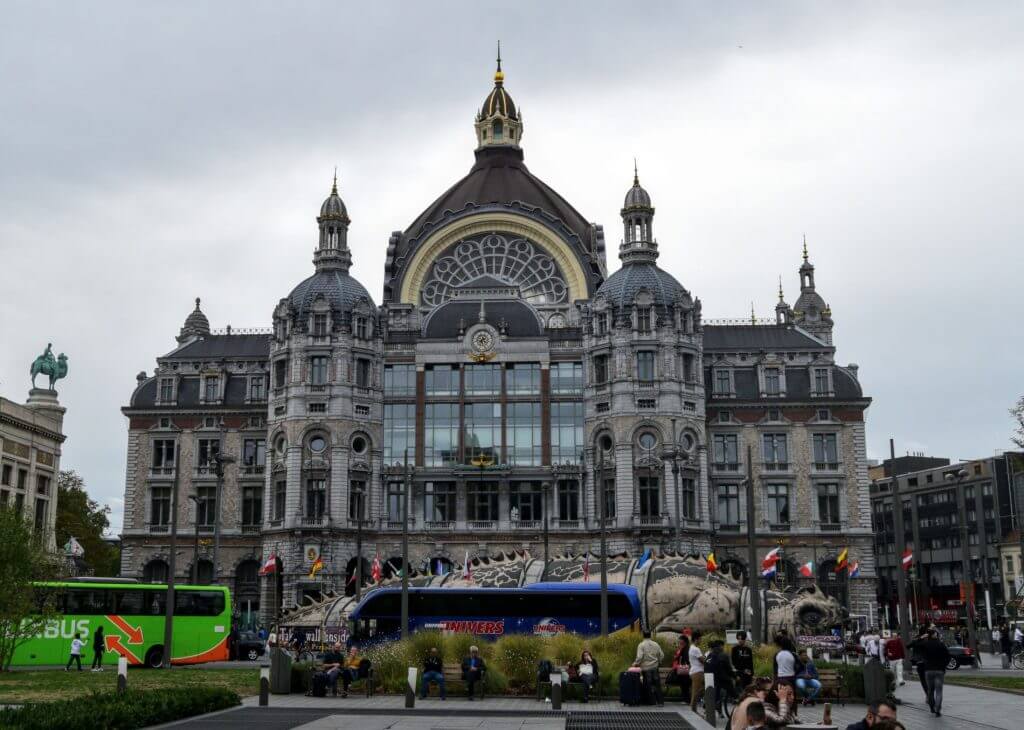 The Central Station was grandiose and we thought it was one of the most spectacular sights while in Antwerp. It has been announced in previous years as one of the world’s most beautiful train stations. I’d definitely agree. The Antwerp Zoo is directly beside the station as you exit if that interests you. 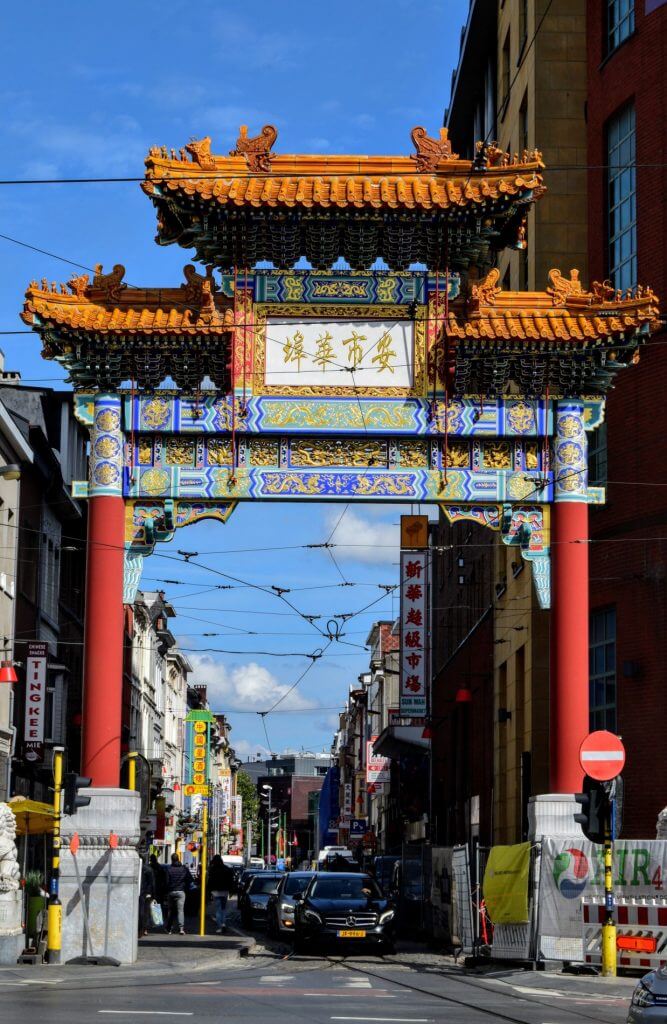 We walked through here intententially because it was near to the train station but it’s not a must-see in our opinion. But it’s apparently the only official Chinatown in Belgium. 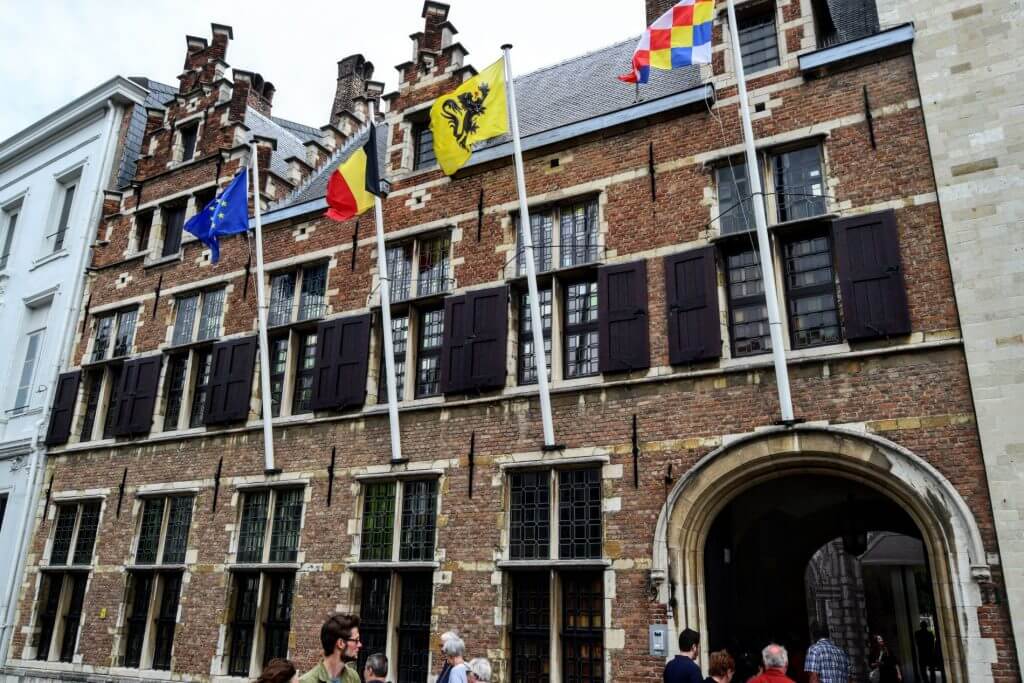 Peter Paul Rubens was a Flemish artist and now his house is open as a museum dedicated to his work and his contemporaries. If you are a fan of art museums, this is a very popular one in Antwerp to visit. We did not feel led to visit.

This is Antwerp’s Great Market Square. It is filled with the Antwerp City Hall, guildhalls, restaurants and cafes, and a fountain called Brabo’s Monument. One whole building was under construction when we came here and some event was happening with a ton of tents and stages everywhere, so we didn’t feel like we could experience as well as we could have.

Brabo’s Fountain in front of the City Hall was so weird, until I read about the mythical legend behind it. The hero Brabo on the top has defeated the giant by cutting off the giant’s hand, (he did this because the giant cut off all the hands of the captains that came in refusing to pay the toll). The image is Brabo throwing the hand in the river. We stopped and looked at the fountain for some time because it was probably the most interesting fountain I’ve seen.

Cathedral of Our Lady Antwerp 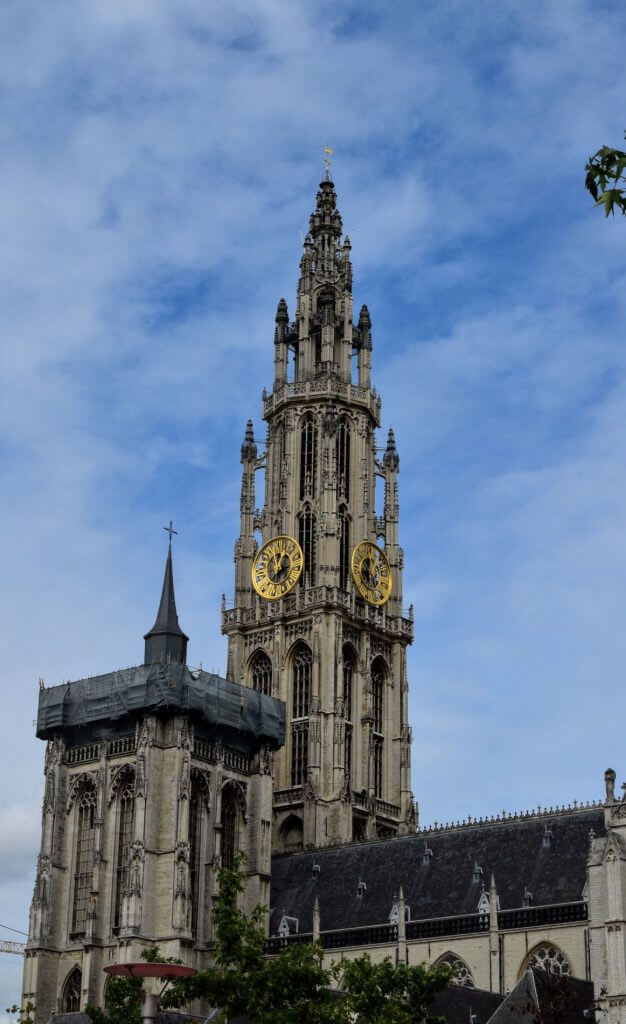 Cathedral of Our Lady Antwerp

Inside this cathedral contains some of the famous work from Ruben. The Cathedral of Our Lady Antwerp was completed in 1521 and is the largest Gothic church in the Low Countries (historically the Netherlands, Belgium and Luxembourg). 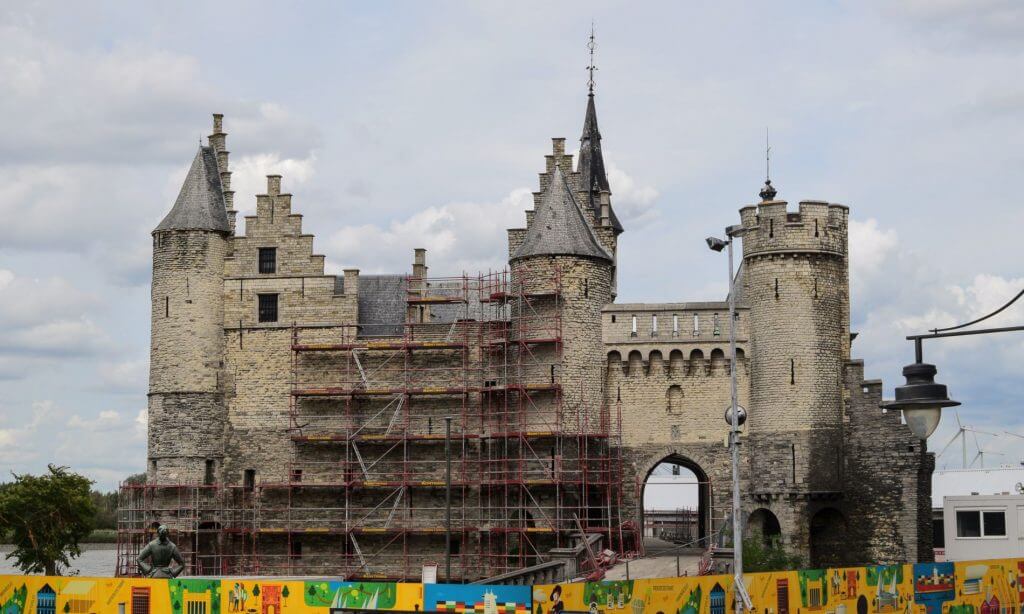 The Het Steen, or the Stone Castle, was at the time undergoing a major innovation estimated to be completed by 2020. Het Steen is the oldest building in Antwerp and sits along the Scheldt River. 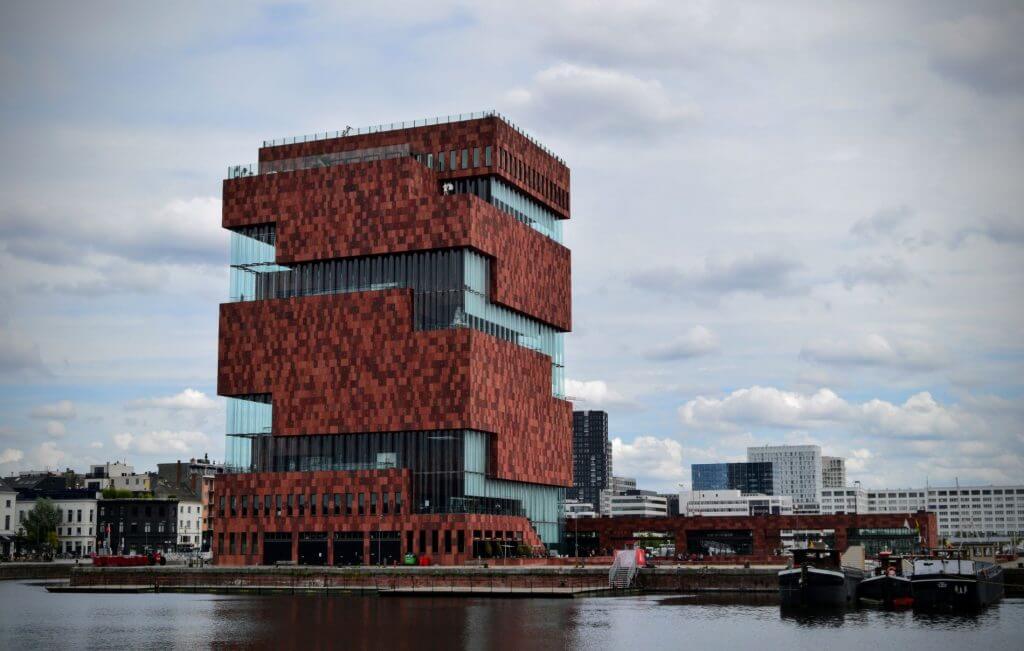 After the Het Steen, walk along the river until you get to the Museum aan de Stroom, usually referred to just as the MAS Museum (Museum by the River). This museum explains some of the history of the city and its connection to the world. The outside architecture of the museum is intriguing made from Indian red sandstone. 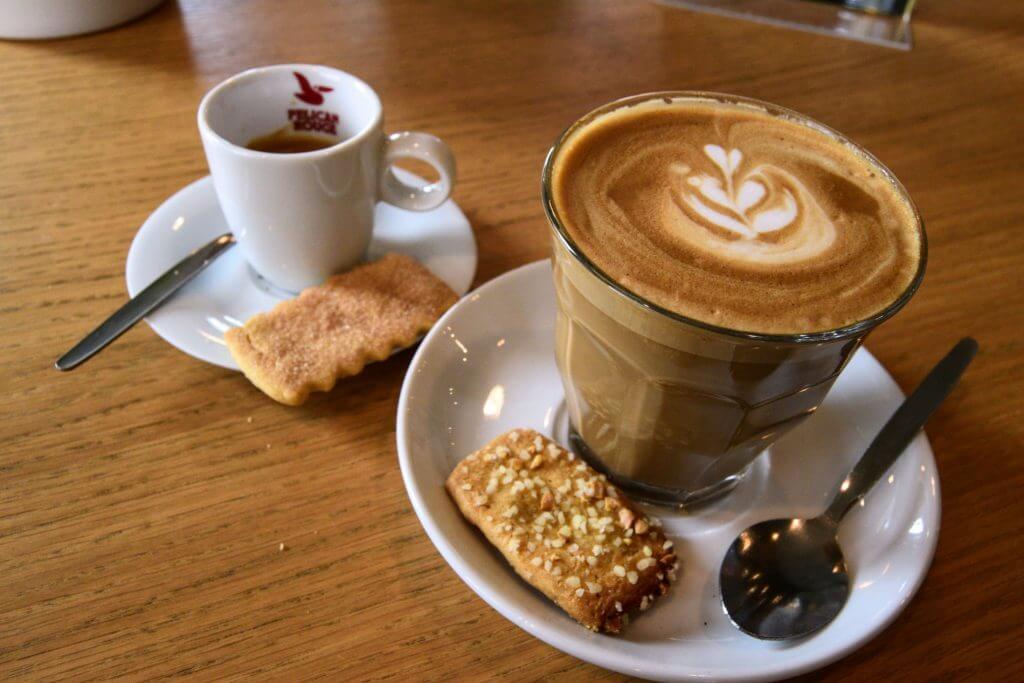 We are suckers for cafes and we felt like we deserved one after a little walk around the city. Pelican Rouge sits close to the port basically across from the MAS Museum. The Pelican Rouge story began in Antwerp in 1863.

We were on our way to Port Authority after having a coffee, but didn’t even make it to it due to the construction that was going on. (what was up with all the construction and tents in the city when we were there?). We did stumble across a food truck festival, so it wasn’t in vain.

After this we walked back to Antwerp Central Station and got the 3:40 PM train back to Brussels.

I think Antwerp is a beautiful city, sadly it was not our favorite Belgian city. This could have been due to the numerous amount of construction we encountered while there. I’m sure a visit back could change our minds! Out of the 4 cities we visited in Belgium, Antwerp was the one we felt we could have left off the list. But we definitely don’t regret going!

Which area is in Belgium is your favorite? Have you visited Antwerp or have some tips for the place?

Be sure to check out our other Belgium posts here!

Don’t forget to think about travel insurance when taking your holiday. Better safe than sorry.