We have discovered that Southport is a remarkable place to visit in North Carolina. Listed as “America’s Happiest Seaside Town” once by Coastal Living Magazine, it’s clear why. This is a perfect getaway to a non-commercialized destination. There aren’t any well known shops on every corner, but that’s what makes it so picturesque. Southern hospitality is famous and all, but this place just gave the term a new meaning! Friendliest place I’ve ever visited.

Southport is near the southeastern border of North Carolina and included as part of the Brunswick Islands. Southport actually sits at the mouth of the Cape Fear River, where the river meets the sea. The location is great because it’s between Myrtle Beach, SC and Wilmington, NC which are bigger-ish cities close by.

Before having the name Southport, it was known as Smithville and this name can still be found in some of the places such as the main cemetery. It was first explored by the Spanish as early as the 1500’s and later was chosen in the 1700’s to defend the Cape Fear River Basin with the construction of Fort Johnston. This small town remains as a fishing village.

In comparison to the Outer Banks or Wilmington, tourism is a bit under ranked in the Brunswick Islands when it comes to North Carolina beaches. But Southport has created a name for itself in its location for filming Nicholas Spark’s Safe Haven, among other shows and movies. The town is beyond adorable. Just strolling down the streets to admire the houses, unique shops, and walking along the water make it so inviting.  Although you can practically throw a shell and hit the Atlantic Ocean, since Southport is on the river, it doesn’t give you that lay-in-the-sand, ocean waves splashing on your feet kind of vibe. But just a short drive down the road to Caswell Beach, Oak Island or hop on a ferry to Bald Head Island and you can have that easily!

We spent a weekend visiting Southport and the nearby Bald Head Island. Below are some things to do while visiting the lovely Southport.

The streets are very walkable, with antique shops, cafes, restaurants, specialty stores, and the cutest Christmas place in an old house. Never heard of any of the places either, which made it even better. (Except Port City Java which is actually a place that originated in Wilmington, NC.) Most of the shops line both sides of Howe Street. 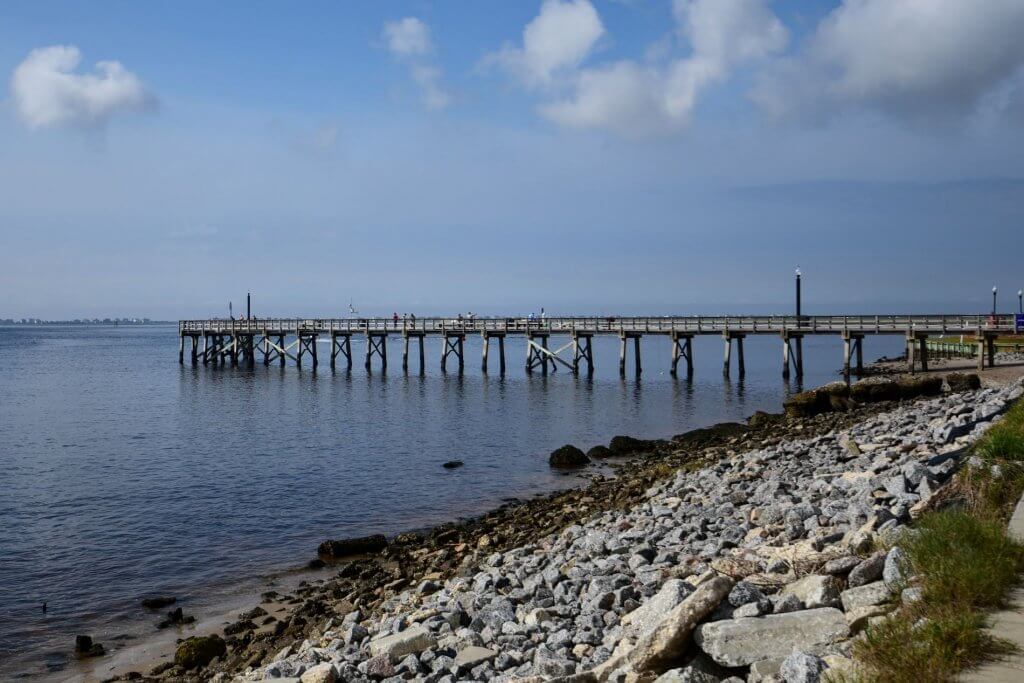 The pier is free and gives views of the Cape Fear River, some of the barrier islands, and can even spot the Oak Island lighthouse! The pier is not super long yet still filled with people having their fun fishing. Right beside is a green space on the waterfront.

Restaurants in old buildings with waterfront dining are lined along this dockside on the Intracoastal Waterway, which connects to the river. It is so fun and lively to walk around and a great place for some local seafood. Feeling a bit nostalgic for London, we had fish and chips to go for supper at Fishy Fishy Cafe. Save room for ice cream at Flava’s Ice Cream Shop.

We found this place by accident after driving past Yacht Basin Dr onto Brunswick St when we were scoping out the area. It can easily be reached from the restaurants on Yacht Basin Dr and there’s a boardwalk out into the water. The best part is the scenic view of the buildings on the waterfront. Good for bird watching too.

While seeing the shops on Howe Street, there is a small park with some amazing oak trees. The park is well shaded with benches, a wooden stage and gazebo.

Even if it’s not open for a free self-guided tour, it’s still nice to see this historical restored brick jail! It’s right across the street from the Old Smithville Burying Ground.

As stated above, the cemetery is across the street from the Old County Jail. Dates from the mid 1700’s are known to be recorded here and it is a resting place for many soldiers of the Revolutionary and Civil Wars. I’m not sure what it is about old cemeteries, but they are so interesting to us (just not at night)! The grounds are well kept and it’s quite a peaceful place. 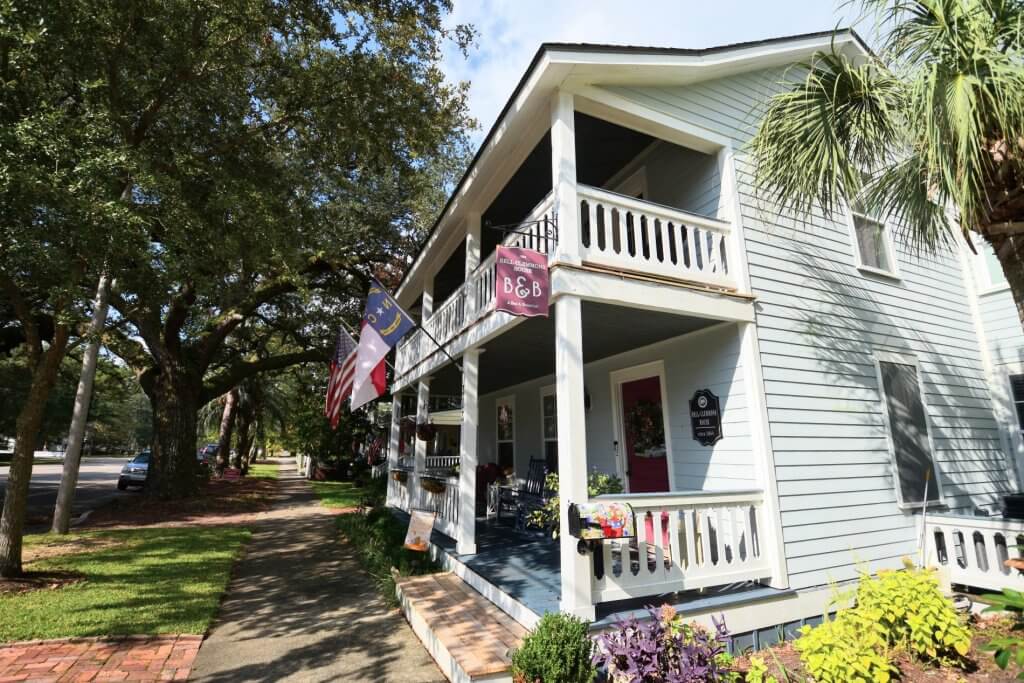 Just walking around the streets, we loved seeing the older homes so well decorated. Felt like we were in a movie. Would love to stay in one of the B&B’s one day! Most homes had plaques on the outside with the name of the house and year built.

An old house turned into a cafe and coffee shop. Coffee was delicious and the sandwiches were pretty tasty too.

Places We Want to Tour Next Time! 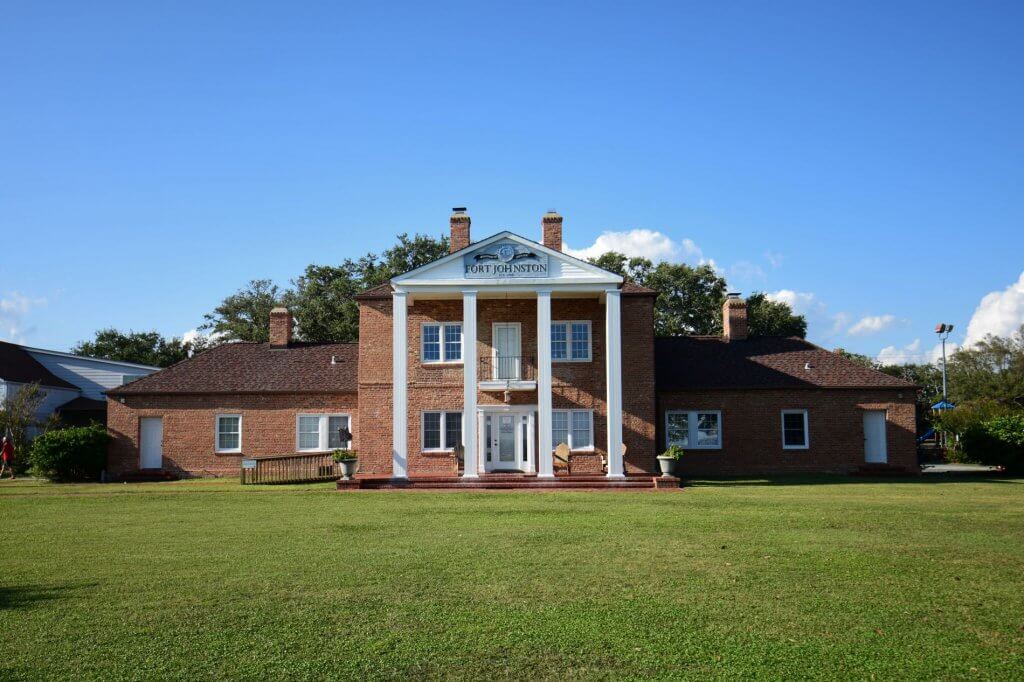 Built by the British in 1749 and used later throughout history. More information inside for touring. It was not open while we were there. 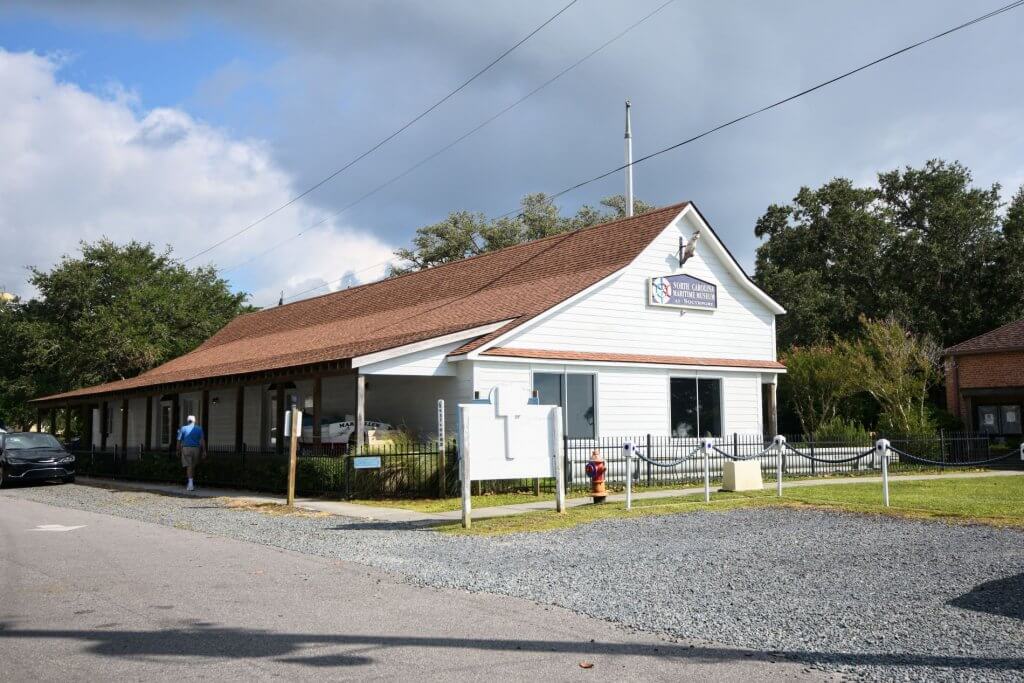 Located next to Fort Johnston, this building used to be the officers’ quarters, but now turned into the NC Maritime Museum. It’s free to enter and definitely we will be hitting it on our next visit to learn all about Southport’s maritime history. 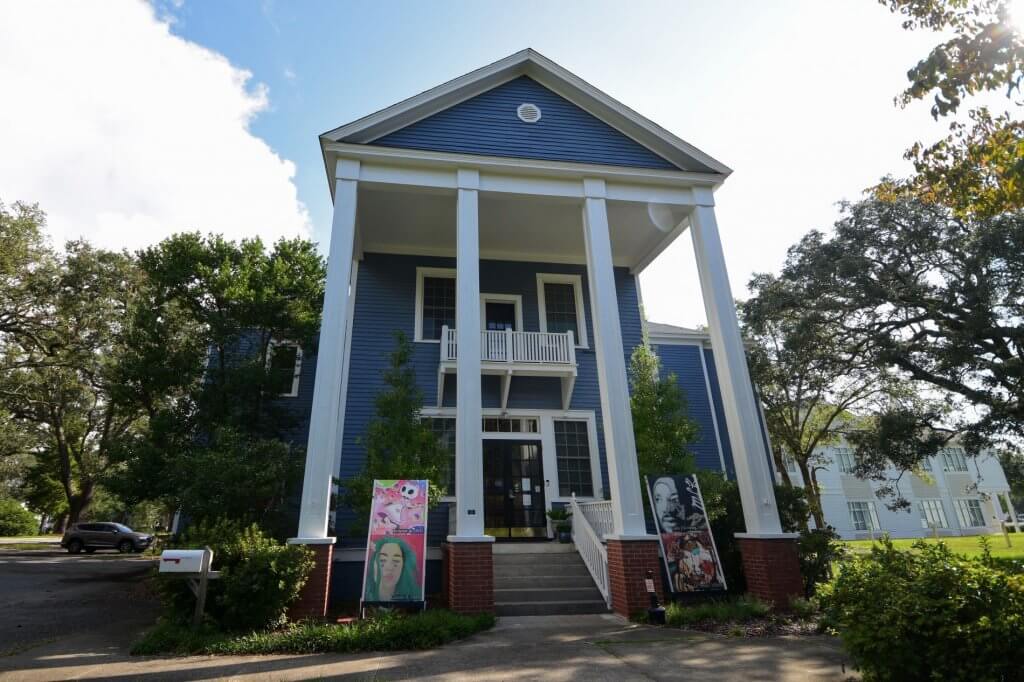 We cannot wait to make a stopover in Southport again one day, and also explore more of the Brunswick Islands.

Have you been to Southport? Comment below and tell us how you would spend a weekend there!