10 Tips When Traveling to Recife, Brazil

Traveling to Brazil can be a culture shock for Americans. Marvin is from Recife which is in Brazil’s northeast. I’ve had the pleasure of visiting 5 times now, the last time being Christmas 2017. Here are some things to take note of if ever visiting!

Don’t flush toilet paper! Put it in the trash. This can clog up their lines if you are staying in a place where the water pressure isn’t as strong which is most households.

In most Brazilian homes, unless there is an electric water heater in the shower, showers are taken room temperature AKA cold. But when there is no air conditioning, at times this can be refreshing, it just takes some getting used to!

Coffee is the best! Little coffees called “cafezinho’s” are served and are drunk at any time of the day! It’s not a giant Starbucks sized cup but just a small tea cup and much stronger than typical American coffee. Even in the heat, it is so good. Brazilians use a lot of powdered milk and I love to put this in my coffee because it gives it the creaminess without watering it down.

4. Learn some Portuguese…no, Brazilians do not speak Spanish

Most common phrase you should learn: “Tudo bem”. It’s pretty much a catch all for “How are you”, “Everything’s good” and can be used as a introduction when seeing someone.

Probably one of the most obvious and true for many countries when traveling abroad, don’t drink the tap water. (not even the “filtered tap water”…trust me from experience on this one). Be aware that the ice is usually made with tap water so best to avoid this as well. Bring anti-diarrheal medicine with you from your home country because this is not something you want to be searching for when you desperately need it.

A fan is your best friend at night to go to sleep. Keeps the mosquitos off and to keep you from sweating! (for places with no AC that is, which is common for a typical Brazilian family) 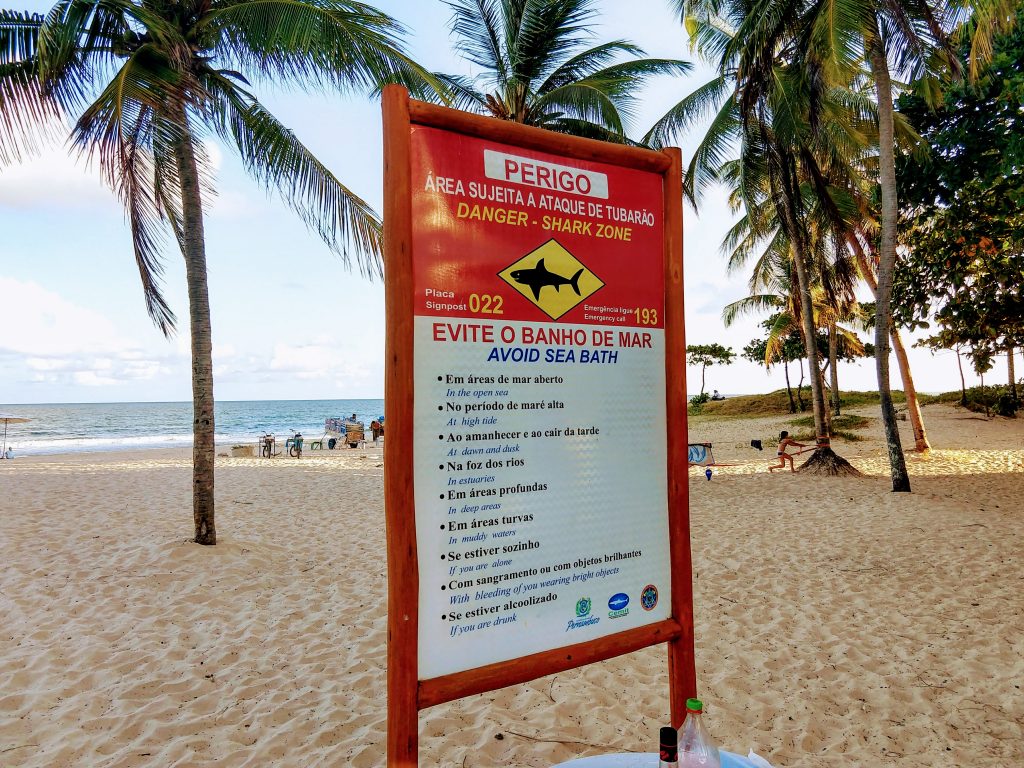 Shark signs throughout the beaches

Recife is known for its high amount of fatal shark attacks so it’s advised to not enter the ocean with many signs along the beaches indicating this. It is believed the attacks increased since the 1990’s due to the Suape Port that was built, disrupting the sharks environment sending them to more shallow waters. Yet I still saw people in the water, just not going beyond the natural reef. Recife translated actually means “reef” for a fun fact!

Be careful with your valuables out in public, especially with a flashy camera or phone. Robbery is so prevalent, especially in bigger cities. Robbers will even stop a bus and demand everything from its passengers, or snatch a hat or cell phone off your body if your window is open while riding down the road!

Traffic is a bit scary in Recife with the appearance of not as many rules as the United States. Also to note, there are not usually turning lanes so if you want to take a left, it is common to take a right hand turn before, then make your way around to go straight from the crossroads of where you originally wanted to turn left! Someone should email the president to recommend installing turning lanes, just sayin’.

Favelas are slums in Brazil that is basically an invasion of people on an area of land that is not legal or theirs to settle on. Everything is put on top of each other with electricity and water rigged from the closest place to wire it from if they even have it at all. Often these favelas are broken up by the police just to have the settlers do the same thing in another place or even in the same location until it is sometimes eventually recognized by the government. The largest favela in Brazil is in Rio de Janeiro. If you are to visit one, it’s best to with a local. Brazil is probably similar to most South American countries besides the language so it’s always best to take caution, stay cool, savor the food, love the people and enjoy its’ beaches! 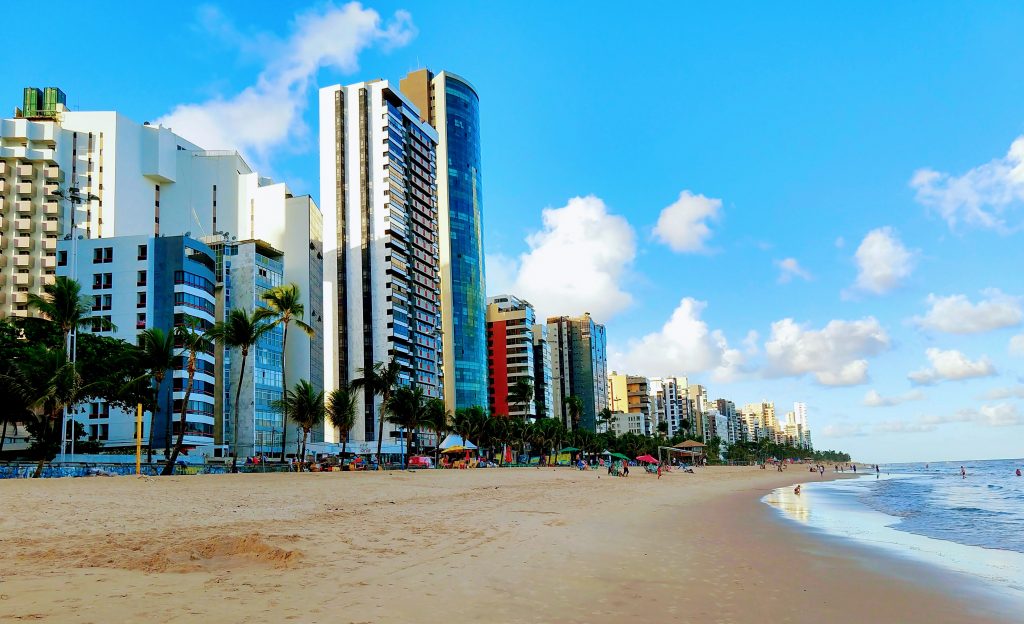 Have you ever visited Brazil or another South American country? What would be the biggest tip you would share?