A Weekend in Norfolk, Virginia

Honestly, the only reason we visited Norfolk, VA was because it was the closest Ikea from where we live! That meant it was a chance to explore a new city, which is always a plus. Most people visiting the east of Virginia are going to go to Virginia Beach (only about 20 miles east), but Norfolk has its own appeal too. A little side fact on Virginia: it was the first permanently settled of the thirteen English colonies in America.

Norfolk, Virginia sits on the Chesapeake Bay waterfront and is known as the central business district of the Hampton Roads metropolitan area. Norfolk has the world’s largest naval base which makes it a major military center. There is also a significant port and even a port of call for cruise ships. Norfolk has a variety of historical neighborhoods with different architectural styles in each.

In no particular order, here are some things to see and do, keeping it kid friendly!

NEON or the New Energy of Norfolk District  is a neighborhood downtown with a new wave of creativity happening. Walk around this area and street murals will be literally everywhere. It’s so eclectic. The Say Their Names one was momentous to us. The pictures above are just a few out of the many we took, and yet we missed so many of them when I go to researching the area.

If you have kids, of course a visit to the zoo is a must. This was Isabel’s first visit to a zoo. We made it through most of it until she passed out at the end. 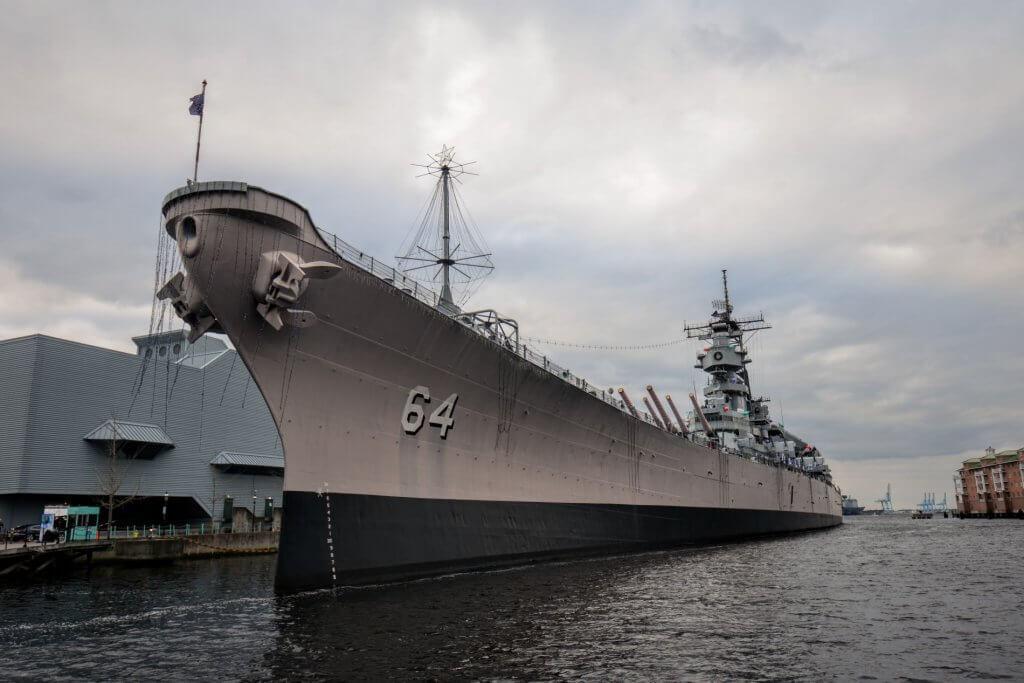 The USS Wisconsin was built by the US Navy and is now a museum ship. You can tour it but we just admired it from the sidewalk. The Nauticus is the building beside it. We were so looking forward to going to Nauticus and escaping the freezing weather, but it wasn’t open completely so we didn’t get to make it inside. It’s a maritime science center/museum. We will check these out when we make it back. 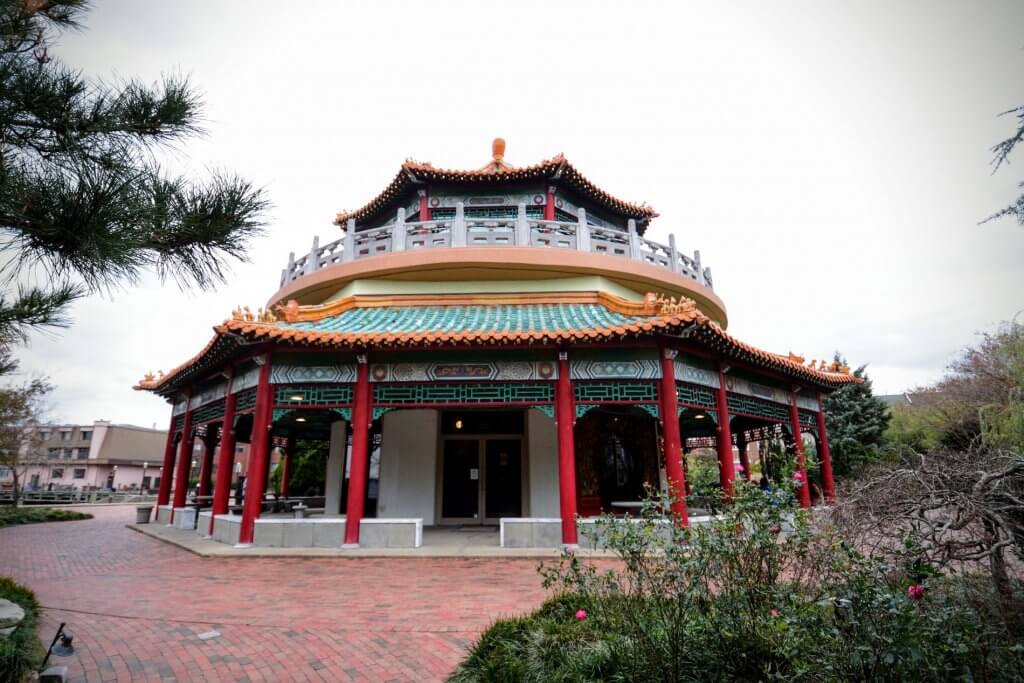 A Pagoda in the middle of an oriental garden on the waterfront. The tower is a gift to Norfolk honoring Taiwan’s trading ties with Virginia. Inside is a restaurant, tea house, and a viewing tower!

I’m not the type to usually get too excited about art museums, but it was winter, free and we really enjoyed it! We particularly enjoyed upstairs in the modern art section. Art from the Middle Ages to present, and a glass studio, so something for everyone. 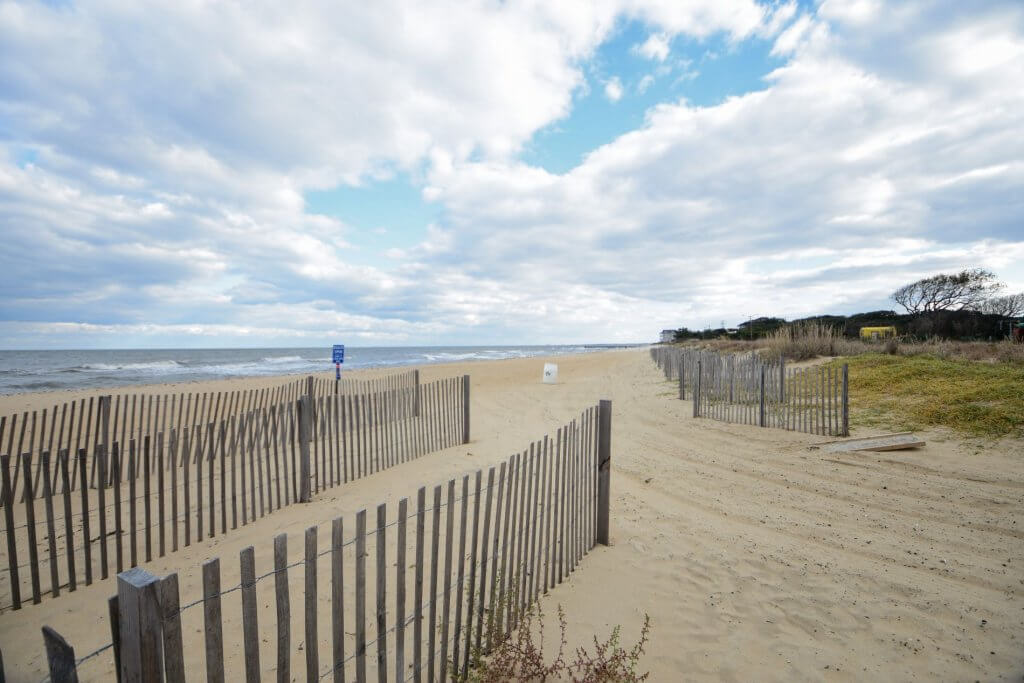 Norfolk does have beach access at Ocean View on the Chesapeake Bay that’s open to the public. It was a little too windy and cold for us to get out there! There is a restaurant on the Ocean View fishing pier.

Doumar’s is known for making the world’s first waffle ice cream cone. That equals a must visit place to eat! It’s similar to a Sonic drive-in where the waitresses are carhops. There is a dine-in option too. They have homemade waffle cones, great ice-cream and are known for their North Carolina-style BBQ. They have a four-iron waffle machine from 1904 that is still used today. Another fun fact is Doumar’s was featured on the show Diners Drive In & Dives and Rachel Ray’s. We ordered a couple of cheeseburgers and ice cream to go. They put our cone upside down in a cup so we could still enjoy the cone without a mess in the car!

Handsome Biscuit is a unique sandwich shop! From the menu we tried the Stevie which was fried chicken, pickles, mustard and honey on a biscuit (buns available too), the Dolly Madison dessert one which had cream cheese frosting and jam on a sweet potato biscuit, and we even went back to try a breakfast biscuit with eggs, cheese and bacon! The place is small but has an outdoor patio.

La Brioche is a bakery and coffee shop we stumbled upon when looking for street art in the NEON district! Get your French pastry fixes and a nice cup of coffee while walking around.

If you have older kids, go on a mermaid hunt around the city. They are scattered all around. Check out this guide to help you find some of them.

If you’ve been to Norfolk or are from around the area, what are some things you enjoy about it? We’d love to hear.